BeReal is the most discussed social media app at the moment. Instead of looking at polished, well-curated, and edited Instagram posts, many people crave just a photo taken at the moment without any second thoughts to it. It’s clear that users love BeReal for its unusual stance on social media and online communication. Now, the app attracts more than 21 million monthly active users.

BeReal gives us a chance to peek into the daily lives of our friends and see what they are doing at any given time. While BeReal makes us more relaxed about not doing something exciting and looking perfect all the time, it also sometimes creates interesting moments to discuss. What can be more fun?

Let’s discuss the mechanics of BeReal, which features make it so appealing, and how you can create a similar solution.

How does BeReal work

BeReal is a social media mobile app that is centered around sharing photos. Nothing too new, huh? Instagram, Snapchat, and even Facebook are already offering this type of functionality. So what makes BeReal different?

BeReal sends its users a notification once a day at random times. Upon this notification, users should upload a photo from both front and back cameras. The point of this application is to show unprompted photos from the first take right after seeing a notification. Of course, it is possible to retake a photo or upload it later, but be sure that your friends will know about this.

To make users comfortable with sharing unedited and more authentic photos, only those added as friends can view them. Additionally, a user can share their picture publicly based on their location.

On BeReal, the reaction is as important as the photo itself. Users can react to a picture with their selfies and emojis. These are called Realmojis.

As a result, BeReal is a safe space to share a photo even while reading a book in your pajamas and get an immediate response not as a text but as a photo as well. That’s the secret to why BeReal blew up so much — no effort required plus insights into the daily lives of your friends and family. Voilà!

Which features does a social media app like BeReal need

Now that we know the main principles of BeReal and how it all works, let’s dive deeper into the functionality of this app. If you want to build a photo-sharing social app similar to BeReal, here are the must-have features to include:

Before getting to use the application, a person has to create a new account or login into an existing one. Typically, users can choose between several login options, such as email, phone number, social media, and Apple ID. Firebase authentication tool is commonly used for log-in and sign-up integration in the app.

Now, let’s focus on the heart of our application — the feed. In BeReal, this screen is called My Friends as the feed on this app only includes pictures from people added as friends. Displaying posts only from people one follows is a common way to organize feeds in social networks.

In contrast, you can also view photos from users nearby. These users made their pictures public based on one's geolocation. For users to benefit from this feature, mobile app developers will utilize GPS and map APIs.

To react to any photo, users can send their comments. These can be just texts or Realmojis (selfies with emojis). The Realmoji feature is unique to BeReal, so if you want to implement a similar way to react to posts in your application, it’s better to come up with something original.

Push notifications are crucial for a social media app like BeReal. Why? Because that’s exactly the message that tells users it’s time to take their daily photos. It is important to integrate push notifications instead of regular in-app ones as not many people will be checking the app too often.

After the notification, a user has two minutes to capture the moment. Otherwise, their photo will be classified as late in the app but, of course, still visible.

Now to the most crucial part of BeReal and any photo-sharing application out there: uploading a photo. For everything to go smoothly, your app will utilize camera API, which will allow the application to get camera access.

APIs are basically shortcuts for programmers for gaining fast access to the device’s hardware functionality. BeReal, like any other social media app, asks for both front and back camera permissions. Additionally, geolocation API is also required to let users make their photo public based on their current location.

Even though BeReal offers somewhat instant photos, it doesn’t mean they will disappear forever. Just like you can revisit your old stories on Instagram, BeReal has a Memories section where users can view their previous pictures.

All in all, letting your users save their pictures is important — many turn to their social media as the only storage for memories, so don’t forget this feature.

For users to upload and access their photos, cloud storage is a must. For example, you can go with Cloud AWS.

Finally, a feature that not many pay too much attention to but definitely should. Settings allow users to adjust the app to their liking, so they can feel safe and comfortable while using it. Language choice, the amount of personal data shared, notifications, privacy on the app, and so on gives the users control over their in-app experience.

How to build a social media app like BeReal

These are the basic features you should consider when building a social media app like BeReal. Remember not to make an exact copy of BeReal — who needs one more? Instead, you can come up with a unique photo-sharing app that takes some inspiration from BeReal and transforms this idea into a different, innovative social media.

Let’s now discuss which steps you need to take to create a photo-sharing app like BeReal.

Your first step will be teaming up with mobile app design and development professionals you can trust with your app. You can start your search on GoodFirms, Clutch, and LinkedIn. Of course, you can also go to Google and find a company that specializes in social network apps. It is crucial to check if the company has positive reviews, completed apps in your domain, and their approach suits your taste and vision.

Often, business owners are stuck between hiring an in-house team or outsourcing one. We recommend sticking with the latter as you wouldn't need to take care of the team management and other organizational issues. When collaborating with an outsourcing company, you receive not only the app design or code but a well-managed team, established processes, and tech or business consulting all the way. That’s how we work with our clients in Perpetio.

📲
Perpetio team will be happy to help you build the app of your dreams. Let’s stay in touch!

After you chose an app development company whose previous projects make you go “Yes, that’s exactly what I want!”, you will discuss your expectations with a sales team and receive a proposal detailing the collaboration roadmap and project milestones. Sign a contract and here you go — let’s make a perfect UI/UX design for your photo-sharing app like BeReal.

Time to bring the UI/UX design to life! Depending on your preferred platform, the development process might differ.

And that’s how your photo-sharing application is done! But wait, there is one more thing.

Test and release the app

Before you get to release your application, we recommend that you give some time to the QA team to test the solution for bugs. Let us tell you one thing — virtually any mobile app has bugs, it’s totally normal and is part of the development process. That’s why you should never avoid testing and let QA specialists make sure that the app won’t bring any frustration to your users.

When it comes to releasing, you can count on your development team in this regard too. Usually, the business development and sales department of your preferred company can give you a consultation on the app release, certifications, monetization ways, and so on.

One important thing to remember when recreating a social media app like BeReal is that you need to make it a unique product, not a knock-off. After reviewing the list of all BeReal’s features, some of those might have caught your eye as good ideas, and some you might find redundant. Maybe there are features to add to provide a better user experience? Keep all of these in mind to create an app that can be BeReal’s competitor, not its copy.

By following the full-cycle app development process step by step, you are sure to base your feature set on real user needs, come up with a well-suiting design, and make your app market ready. Additionally, a professional mobile app development team will help you make the right tech and business decisions. 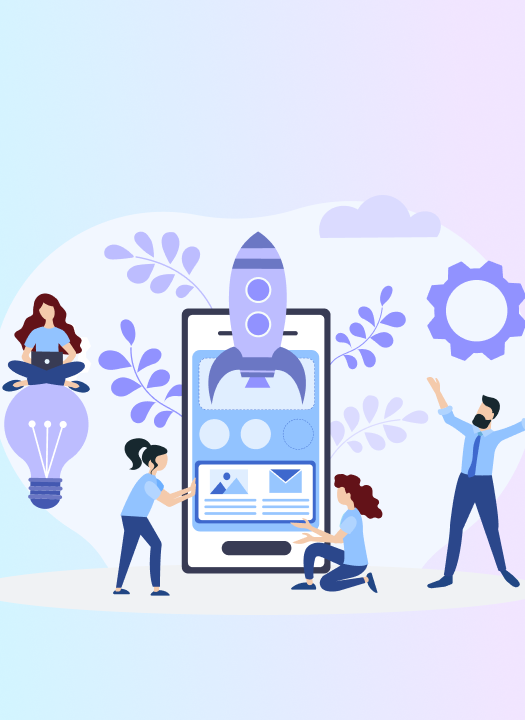 How to Test a Flutter App: Unit, UI, Integration, and Bloc Tests