Apple Worldwide Developers Conference is an event all tech lovers can’t wait for every year. At least we at Pepretio surely do. iOS updates and new feature launches get all the Apple fans and developers to take guesses and hang on the edges of their seats.

This year’s WWDC has our hopes high too. Many Apple users are hyped up for the introduction of the brand new iOS 16; lots are waiting to learn more about other software updates and upcoming hardware products. Let’s explore what to expect from the WWDC 2022 and which updates are waiting for us in iOS 16.

Time to spill the tea about the upcoming Apple Worldwide Developers Conference. Traditionally, the first keynote is when all the exciting announcements are happening, and we invite you to watch it on the first day of the conference.

As for now, we can only make predictions and rely on the rumors from insiders. Usually, during the keynote, Apple shares updates in iOS, iPadOS, watchOS, and macOS. Let’s take a look at possible changes for each of those.

Starting out with the most anticipated release of this year’s conference — iOS 16. When it comes to all the software updates to be presented during WWDC 2022, iOS 16 is the one we know the most about, thanks to leaks, insiders, and rumors. One of the most detailed reporters on iOS 16 and WWDC is Bloomberg's Mark Gurman — he is famous for a long story of Apple reporting and quite accurate predictions.

Among the top iOS 16 updates can be:

All of this sounds rather exciting, doesn’t it?

🚀
Surely, iOS 16 won’t be bringing changes as significant as iOS 15 but definitely has a lot to offer.

Next on our list is iPadOS. This year we are expecting the release of the new iPadOS 16 with some quite exciting updates. Many users dream of the iPad becoming more like a laptop; after all, many of us are using it instead of a computer for working or studying.

Rumor has it that Apple heard those requests, and iPadOS 16 will be offering a desktop mode. Additionally, there might be more space for multitasking and a resizable window feature. It’s also predicted that iPadOS 16 will be able to run native Mac M1 apps. So far, it all looks like that with iPadOS 16, tablets will be gaining more and more laptop-like functionality and offering users more freedom and flexibility.

Surely enough, iPadOS 16 will share a handful of updates with iOS 16, which we discussed earlier along with new Apple Fitness+ workouts.

One more important release during WWDC 2022 is macOS 13. The rumors about this version have been circulating around for quite a while now, and we are finally about to find out all the details. macOS 13 is said to be called Mammoth based on Apple's tradition of choosing the names of places in California for their software products.

It’s quite predictable that macOS will be tailored to run on Apple Silicon Macs. We can expect some default app redesigns and an update of the System Preferences to make it look more like Settings on iPhones and iPad. The universe of Apple products continues its unification and deeper integration between hardware and software.

In 2022, we can be sure to see some improvements to watchOS. Of course, no one can tell you the exact feature list but some assumptions can be made. For our convenience, Apple might offer improved running metrics and health tracking along with a wider selection of workouts. Additionally, the low-power mode might be functioning better and Apple Watch faces are to fit the bigger displays properly.

That’s it with the software updates. As you see, each Apple’s OS will get more or less updated. Some are receiving new versions, some just a few feature pumps. One OS we cannot be so sure about is tvOS 16. Last year, it seemed like Apple forgot about this product all in all. Let’s hope that Apple TV will get some attention in 2022.

Now, to the hardware side of the matter. In fact, WWDC is not that much of a hardware product announcement event; usually, users and developers expect to hear about software updates. Still, some hints about new devices can and will be dropped here and there, so let’s be ready for this too.

A new MacBook Air running on the original M2 chip (that we still are to learn about) and flashing a bold color palette is on top of the device announcement bidding list.

Apart from MacBook Air, this year we might be getting the first hints of a new MacBook Pro running on the Apple Silicon M2 chip. It is to be the first MacBook Pro version to use Apple’s original chips.

One more rumor that gets us really excited is the possibility of Apple’s very own search engine launch. The speculations start with a slight improvement in Siri and end with a full-fledged search engine to compete with Google. Let’s see what Apple has in mind.

Apple’s car has been one of the most mysterious projects for years now. The most we know about it is that Apple is indeed investing in creating a car and it might be called “Project Titan”. When will it be announced and can we expect any news this year? Who knows, let’s see.

Finally, there is one more extra exciting announcement we are hoping for. Yes, Apple’s AR/VR headset and software for it. It is hard to predict whether Apple will or will not present realityOS and when we can expect its release, but no one can forbid us to look forward to it, right?

While there is quite a lot of information about the upcoming AR/VR headset because its demo version was already previewed to the board, realityOS is more of a mystery at the moment. One thing for sure: to run on such complex and feature-rich hardware, realityOS has to be a sophisticated product itself. Apple’s mixed reality set is to include 4K micro-OLED displays, 15 camera modules, eye tracking, hand gestures sensors, and much more.

Getting ready for WWDC 2022

Apple Worldwide Developers Conference gets the whole Perpetio team excited every year. We usually gather in our office to watch the keynote on a big screen and share our thoughts. Despite numerous predictions, one can never know for sure what to expect; Apple always has a couple of aces up its sleeves. This year won’t be any different.
Stay tuned for the WWDC 2022 — check out the scheduling and prepare yourself for a ride! The conference lasts from June 6 to 10 and is held fully online. 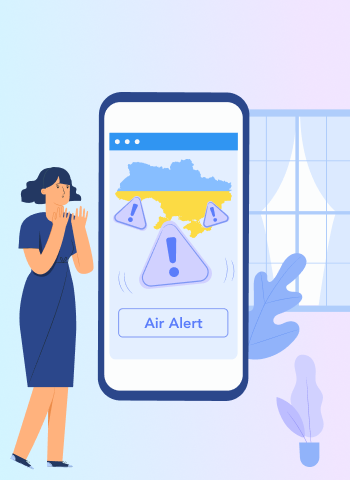 How We Made an Air Alert Monitoring App With a Widget Feature on Android: Full Tutorial 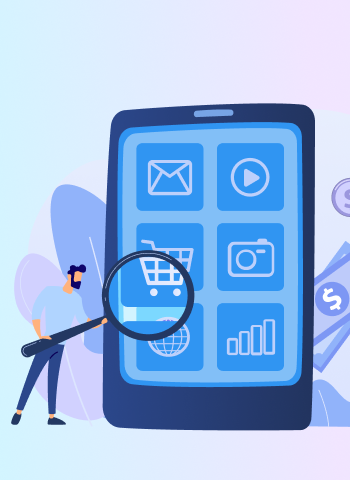