Right now, as Apple has announced public beta testing, you can be among the first users to get iOS 15. Many have already taken to social media to show off their phone’s new features. But should you join in the upgrade, or wait until it’s bug-free and you’re ready to navigate all the design changes?

Let’s take a look at how our experience with iPhones will change soon, and whether it is for the better. Spoiler alert – it is.

We will start with the elephant in the room, which is Facetime. iOS 15 brings significant changes to the way it works, adding a more natural and comfier way to make video calls.

And guess what? Watching a movie together with friends via Facetime is now possible. Most of us are familiar with the struggle of trying to arrange a movie night with others: Zoom, screen-sharing, Netflix Party — you name it. Now, you no longer need to figure out those setups. Facetime features SharePlay, which allows screencasting and broadcasting both videos and audios.

So, yes, binge-watching a TV show or having a virtual party together is easier now than ever. So far, you can cast content from Apple TV and Apple Music, but we are sure third-party integration will be an option soon as well.

Facetime will also feature spatial audio, which was created to give the impression of an in-person conversation. The app will replicate the voices of those you are speaking with in such a way that it seems like they are in the same room, literally.

Apple decided to bring Portrait mode to Facetime, as well. This feature allows you to not only take gorgeous photos, but also blur your background during video calls. As a bonus, the background noise cancellation is also promised.

The great news is, Android and even Windows’ users can now join your Facetime calls! While it’s impossible for them to create new calls, non-iOS users can follow a link to join in on a call you’ve started.

It seems like Apple is doing everything in their power to keep users calm, help them concentrate, and reduce any FOMO (fear of missing out) anxieties. Using the new Focus feature, you can adjust the way you receive notifications and even align them with your schedule.

How does it work? You simply set up custom statuses, such as “Working,” and decide which applications can message you at any given time. You can also modify your widgets for each status. And one more thing: in iOS 15, your icon notifications enlarge so you can see right away who is texting you.

For those who are annoyed by a constant flow of notifications from every app, there is one more feature called Notification Summary. This addition allows you to check all new app messages at once, at whatever time you choose. And they are organized in priority order so you can see what’s most important first. You can even make certain notifications urgent so you won’t miss them.

Safari is one app that got some serious interface redesign. In fact, it might take you a little time to get used to the new navigation system. So what are the changes?

The Tab bar is now placed at the bottom of the screen, which should bring more convenience to the browsing experience and make more space for the actual website you are viewing. Switching between tabs and grouping them is also way more straightforward now. Apple states that these changes were made so you can use Safari with only one hand.

The feature you might have seen and loved in Google Translate is now available for the photos on your phone. The AI-supported tool called Live Text lets you scan any text on a picture or via camera and copy it to use later on. Live Text is also included in the Spotlight search feature, which allows you to find and group photos not only by location or people, but also via the picture text.

But wait, there’s more. The new Visual Look Up technology can help you identify objects whether it’s a plant you see in the park or a gallery art piece. The days of spending 10 minutes on Google to find correlating information are over.

And last but not least, Apple’s Photo app will let you add songs from the Apple Music library to pair with photos and bring your memories to life. The app will even suggest specific songs based on its on-device intelligence. How easy is that?

Checking weather updates for rain will be a bit different with iOS 15. The app will give more detailed information than ever, such as how long the current weather will last and the exact time the clouds will clear. To add more accuracy, the background animations will show the sun’s position and the rain’s intensity just as it is outside. But, let’s remember, the weather can still be quite unpredictable.

Similar to the Weather app, Maps is getting quite a few fascinating updates as well. First off, navigation is now easier with more detailed city maps. These new and improved maps display 3D landmark animation and other essential data like elevations, neighborhood and building information, and so on.

With the help of AI, Maps now generates more accurate walking directions based on your current position so there is almost no chance of getting lost. If you are a driver, the new three-dimensional navigation system will now give you details on bike lanes, crosswalks, and other elements in which to be aware. Additionally, the Maps app will introduce new road color codes and labels, so don’t be surprised when you see these changes.

One last, cool fact – to make navigation a little more interesting, there is also a dark mode with a moonlight glow. Unusual, isn’t it?

Finally, Wallet is the last app on our list that will be modified on iOS 15. Apple will give you the option to add digital keys to the app. What kind of keys, you might ask? These can be smart home locks, hotel room cards, or various corporate badges and IDs.

Speaking of IDs, US citizens can add their driver’s license and ID to Wallet now, as well. And all information is safe and protected thanks to Secure Elements technology, which Apple Pay uses. Apple will also include Ultra Wideband technology, allowing users to unlock and start their vehicles without taking their iPhone out of their pocket.

It seems Apple put extra effort into adding more privacy in iOS 15. Tools like Email Privacy Protection and App Privacy Report are there to make our experience increasingly secure. With concerns around personal data usage, it is no wonder Apple has upped its game in this area.

The bottom line: to test or not to test?

So, how do you feel about the new iOS version after reading about its features? As a mobile design and development team, we see how these changes were made to create a smoother experience and offer more possibilities. And we can’t wait to use the new version!

Should you be among its first users? Only if you are up for something new and ready to deal with an occasional glitch. Sooner or later, most of us will be enjoying iOS 15, so why not be in the “sooner” group right? 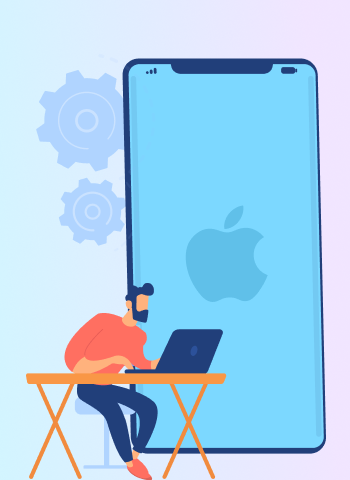 iOS 15: What Every Designer and Developer Should Know 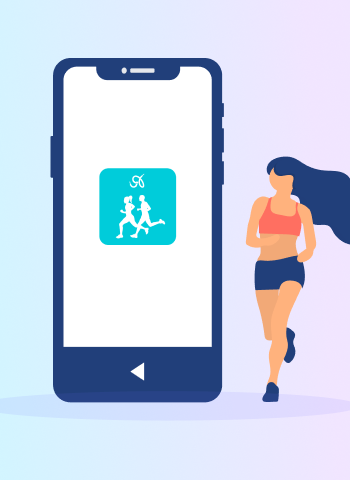 How to Build an App Like Runkeeper and How Much Does It Cost?

iOS 16: Everything There Is to Know Right Now and WWDC 2022 Rumors

Five Tricks to Remember When Designing for the Metaverse