Are you wondering how to build an app like Runkeeper? It is the top-choice application for many avid runners, housing around 34 million users. So if you’re wanting to create something similar, we understand. But why do so many people prefer it over similar solutions?

Let’s unpack the features that make Runkeeper a perfect fitness app for all types of runners. We will discuss how to integrate similar functionality into your future application, as well, so it has a competitive edge when competing with others.

Which features should you include in your running app?

In this context, MVP stands for a minimum viable product, meaning it offers the basic functionality only: the aspects that are absolutely necessary to present the app’s value to users. So let’s see which features a running application should introduce.

First of all, running apps are most desired for one main feature — activity tracking. Runners want and need to know all their basic run data, such as the kilometers they’ve covered and their pace for each run.

And, to take it a step further, most running apps also have GPS and map integrations to help users create and track their routes. This feature can be done easily with map SDKs and APIs like Google Maps, Waze, or Apple Maps, offering a super-beneficial addition for runners.

Like most apps out there, your running app will need a user profile so people can add their personal information. While you will most likely start with the basics, such as social media links or displaying a photo, your application could include data like a user's physiques, running stats, goals, and training plans as well. And, if you desire, any of these additional elements can be presented as a separate screen.

Apart from tracking your user’s current activity, you’ll want to add a feature that allows them to analyze their performance over a specific period of time. Some apps present this data in the user profile while others dedicate a separate section for it. You can use Core Data for iOS apps, SQLite for Android, or Realm – which works well for both platforms – to organize all user information.

While Runkeeper allows you to compare results by simply showing the numbers, you might choose to organize the run data in graphs instead. In this way, users can understand the overall dynamics without analyzing each figure separately. Why not make it better if you can?

Remember, we don’t want to build a Runkeeper clone without giving any constructive thought to how we could improve it. And if you’re interested, we completed a detailed discussion on the statistics visualization in this article.

Goal setting might not seem like an essential feature for a running app, but believe us, nothing encourages a user to commit to their running routine more than a well-defined goal. It is important to let your users set goals like running a certain number of kilometers in one month or hitting a desired pace.

To make your goal-setting feature more effective, it’s best if users can set a time limit for reaching each one. For added support, you can offer ideas or templates as well. Runkeeper, for example, offers predetermined goals based on their training plans so users know exactly how to achieve their aim.

Now, let’s take a look at a few features that aren’t necessarily a part of the app’s basic functionality but are sure to attract more users and, as a result, be more competitive on the market.

It is common for running apps to include a selection of training plans that assist users with organizing their runs. A few examples include:

So whether users are wanting to feel ready for the big race or simply improve their personal performance, Runkeeper offers a variety of plans to help them conquer their goals.

Incorporating audio features is a way to make the app more convenient for users as it allows them to know their current stats without looking at the screen. Runkeeper included a bit of customization that lets users choose how often they want to receive audio feedback on their performance as well.

And, to jazz it up (pun intended), most running apps integrate music solutions like Spotify or Apple Music so users won’t have to switch between two apps.

It may seem like a small detail, but consider adding push notifications to your running app. Most users like to get reminders when it’s time to go for a run or complete a workout, and Runkeeper can do just that – it can even send motivational messages! Additionally, it can be convenient to have their run stats displayed as a notification to help them stay on track.

The easiest way to add push notifications into both iOS and Android apps is with Firebase Cloud Messaging.

Not every running app offers wearables integration, so adding this feature to your solution is a great way to gain a competitive advantage. Wearing an Apple Watch or a similar device is more convenient than having to carry your phone in your hand or taking it out of your pocket to check stats.

Gamification is always a good idea, especially in running apps. Adding game elements like achievements, a system of levels, or goals (which we discussed above), gives users a clearer picture of their engagement with the app. It offers them a system of accomplishments to follow as well.

There are many gamification tools to choose between, so you can decide which ones suit your app and its purpose best. For instance, as we mentioned, Runkeeper relies on a system of achievements and goals to encourage its users.

Some running apps are created or supported by sportswear brands, such as Adidas or Nike. These apps have one fascinating feature: shoe tracking. Why is this important? Users can register their shoe brand and details as soon as they start using them, then the app sends a notification when it’s time to get a new pair.

But, you can go even further than that. Map My Run app by Under Armour allows you to connect your shoes via Bluetooth to get more accurate running data. Pretty cool, huh? This type of feature is quite complicated to implement as shoes would have to possess a Bluetooth connectivity option, but it is a great example of innovative running apps to inspire you to consider other unusual additions.

Last but not least, creating a community around your running app is a surefire way to keep your users motivated. It can be challenging some days to make yourself go for that evening run. However, having a group of fellow runners around you to cheer you on can be a great encouragement.

So how do you bring a sense of community to the app? It can be done in various forms – from adding a feed where users can exchange posts and photos of their running achievements to giving them an opportunity to join challenges and races.

What is the process of building a running app?

Start out with the design

Any app development process starts with a UI/UX design, which we unpacked in this article. Still, we will give you a quick summary

Designers always start with research by investigating the current market, its competitors, analyzing potential users and their intentions, as well as drafting a journey map. Based on the gathered information, designers create wireframes that allow them to make fast changes and agree on the final version of the design.

Once the design team is sure each screen has all the necessary functionality it needs and the user journey is easy to navigate, they can move on to the UI part and work on all the aesthetics decisions.

The efforts and time needed to develop a running app depend heavily on the kind of approach you choose. You might get two apps for iOS and Android or choose only one platform.

In case you need apps for two markets, consider cross-platform development using frameworks like Flutter – this will save you a bit of time and budget, which is especially suitable for MVPs.

As for the tech stack, we already mentioned some of the technologies needed for implementing certain features like Firebase Cloud Messaging for push notifications. Apart from those, you would also need tools for database management (for example, SQL), cloud infrastructure (e.g. Amazon Web Services), and a few others – depending on the functionality.

Testing is another step of mobile app development and is just as vital as designing. There is no way to make a good app without checking how well it works. Small bugs are often unavoidable and it is best if the QA team catches them, not your users.

The main question: how much does it cost?

Okay, now you know which features are best to include in your running app and how the development process works. But what about a matter no less important — the final cost of the app? Let’s calculate it.

For this, we need to consider the number of hours needed to develop the app and the hourly rate of the team working on it.

How many hours does it take to design, develop, and test a running app? Just like any fitness app (the price of which we discussed here), the minimum time needed to build an app like Runkeeper is 400-1000 hours.

We highlighted the phrase “minimum time” for a reason. The project will take this amount of hours if it’s an MVP with basic features. If you want to add extra functionalities, such as gamification, you’ll need to extend your development time.

What about the hourly rate? It varies from region to region. For example, in the United States, the development team will charge as much as $100-200 per hour while companies from Eastern Europe, such as Ukraine, can undertake the task for $30-50 per hour.

Now, you simply multiply these numbers to get the total price: at least $80 000 for a US-based company to develop your running app and $20 000-50 000 for an application by an Eastern European team. That’s it!

The challenge of developing a fitness app like Runkeeper

We’ve covered all the basic and additional functionalities of developing a fitness app like Runkeeper, as well as the costs involved. But, as with all app development, it comes with its challenges.

Creating a running app takes a great understanding of what athletes need. The solution should be handy and offer a variety of features while, at the same time, not overwhelming the users with too many choices.

But adding a convenient technology to track runs doesn’t take away from the effort each user must put in physically. They still have to be disciplined in doing the work. What it does do is help track performance and, in some cases, make the process more entertaining.

So, how can you achieve a dynamic and effective running app? Careful planning and research, as well as flawless app functioning – thanks to your development and QA specialists. The secret is having an experienced team by your side. Based on their expertise, they will help you make all the right decisions, creating a convenient and stylish app runners will love! 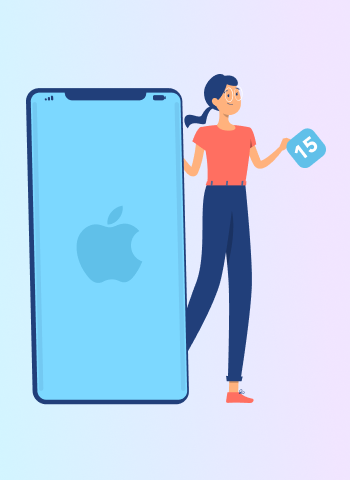 iOS 15: Everything You Need to Know Before Upgrading 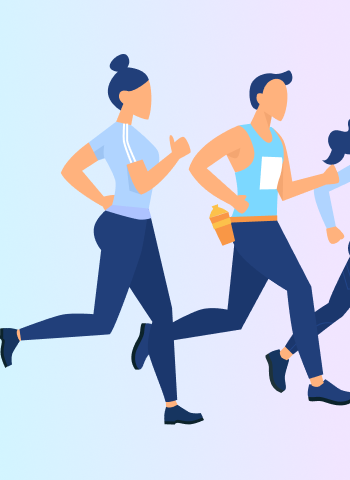 Gearing up: the 7 Best Running Apps and Their Top Features