In 2020, Android made up around 75% of the global OS market. And thousands more Android apps are created each year – no wonder there is a considerable need for efficient Android app development software.

The choice of available Android app development tools is quite vast, from all-in-one IDEs to niche libraries targeted at specific tasks. Of course, there is also the ongoing discussion on native vs cross-platform development, with powerful tools available for both approaches.

It features code editing, debugging, and testing tools. Android Studio is also free, making it quite unbeatable for its competitors. All things considered, it’s not surprising Android Studio is regarded as the best Android development software by many.

One more advantage of this IDE is the undeniable fact that so many developers prefer it. There is a large community around Android Studio as one can easily find numerous tutorials and forum discussions to solve any issues that may arise in the process.

Some of Android Studio’s best features are:

This drag-and-drop function makes it easy to move around UI components and see how they combine. Having a preview option, developers can rely on the layout’s visual appearance rather than plain code.

Android Studio makes it possible to customize the build and generate multiple variants for different Android devices from a single project.

The instant run function enables faster debugging by not requiring a full build and reinstallation every time the code is changed. Only the updated part is replaced without restoring the entire file each time.

IntelliJ IDEA is a generalist IDE with plugins for specific platforms. This tool was launched back in 2001 by JetBrains. It is built on Java and can be used by developers to create code for virtually any platform via plugins.

IntelliJ IDEA is a good alternative to Android Studio and is popular among tools for Android app development. Of course, it is not Android-specific, so it may present some limitations in the development process. The fun fact is – Android Studio is based on IntelliJ IDEA, so these tools are quite similar in their essence.

Some useful IntelliJ IDEA’s features to consider are:

The system suggests only classes, variables, fields, and methods, expected in a particular context.

IntelliJ IDEA analyzes the code continuously as it is being written. All current issues are displayed in the “Problems” fields, as well as possible solutions.

It’s impossible to talk about how to develop an app without mentioning cross-platform solutions. Many developers now prefer the flexibility of these type tools as they can create one project suitable both for Android and iOS.

React Native was released by Facebook in 2015, gaining enormous popularity in just a few years. It was the most popular framework for cross-functional mobile development in 2020, with 42% of developers making it their preference. No wonder it’s one of the best tools for Android app development.

Clearly, the greatest perk of React Native is the ability to create both Android and iOS apps simultaneously using JavaScript. A single codebase is shared across platforms, killing two birds with one stone – or rather, one code.

One can see all the latest changes immediately, which makes the debugging process much faster.

React Native features a set of ready-to-use components, saving time on writing code from scratch. These are highly useful for simple forms of functionalities.

The use of native components and API gives the apps a native-like look and performance. For a regular user, it is almost impossible to tell a React Native app from an actual native one.

Xamarin: a cross-platform solution for those who prefer C#

Xamarin is another popular cross-platform development framework in the list of top tools for Android app development. After being bought by Microsoft in 2016, it became a part of the Xamarin Visual Studio Integrated Development Environment.

Xamarin uses the C# language for creating mobile apps. This framework offers both native and cross-platform development options. With Xamarin.Android, developers can create a fully native UI along with a backend code that can be shared.

Among some interesting Xamarin’s features are:

With this framework, developers can build UIs both for iOS and Android simultaneously. It is an alternative to using Xamarin.iOS and Xamarin.Android separately. If code sharing is more crucial than custom UI, Xamarin.Forms is the way to go.

Similar to React Native, Xamarin allows users to see changes on-the-go as all modifications are reflected live in the running app.

AIDE: if you're only getting started

If the previous tools require a certain skill set and experience, in other words, one has to be a professional developer, AIDE is software that teaches you how to make an Android app. This Android IDE consists of interactive step-by-step tutorials to give the user the basic knowledge of writing an Android app.

AIDE runs on any Android device, like a phone or tablet, meaning that one doesn’t need any additional equipment to start working. This software uses Java and C/C++ programming languages, so if Kotlin is your priority, AIDE might not be for you.

AIDE allows deploying the code to Git or other Android tools, like Android Studio, to continue working on the app there.

Unity: if you need to develop a game

What is the most popular category on Google Play? Games. So, clearly, we can’t ignore game development. While it is possible to develop a game using a regular Android IDE, applying a game-specific tool is simply necessary for proper rendering and graphics quality.

Unity’s CEO, John Riccitiello, states around 60-70% of all games are made using Unity. Whether we choose to trust his words or not, the undeniable fact remains: Unity is one of the best tools required for Android app development when it comes to games.

This game engine houses incredible features that make it a top choice for game development:

Unity can be used as a library to include separate game elements in native Android-powered device apps. For example, it is possible to add Unity-powered AR features to the Android app.

As of now, Unity supports more than 25 platforms, and, of course, Android is among them. One script can be compiled for multiple platforms, so if you are planning on releasing the game both on Android and iOS, there is no need to duplicate the work.

To sum it up: which Android development software should you choose for your next project?

It’s important to understand that the choice of tools used for Android app development, first and foremost, depends on the project’s specifics and needs. For some projects, native performance is a top priority. However, in other cases, it’s better to go with cross-platform solutions.

We can see that most Android developers prefer Android Studios. It is a convenient and all-in-one platform that can be used virtually for any kind of Android application, be it a productivity tool or an online store.

At the same time, cross-platform development is becoming more popular as many companies now target both Android and iOS markets. In this case, React Native or Xamarin may be the tools needed for Android app development, being they cut the development time significantly.

At Perpetio, we often go for good old native development both for Android and iOS apps for businesses. Among the available Android development software, our choice is Android Studio – and we’re guessing there is no need to explain our decision. For example, our Shrink cashback app is a native Android solution made with the Android Studio.

At the same time, often enough, we create cross-platform apps for MVP projects to help our clients introduce their solutions on two platforms in a short time. It all depends on the project objectives, as we always strive to find the best approach for each separate app. For instance, our fitness app is brought to life via a cross-platform approach.

🚀
If you are looking for an app development studio – be it Android, iOS, or both – don’t hesitate to reach out. We’d love to discuss your project.

The choice of the Android development tool depends on the type of app you need, platforms you are targeting, and other parameters. For example, Android Studio is a common choice for a wide variety of native Android applications while React Native is used to build cross-platform solutions. 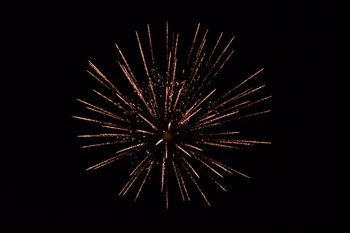 How to Build an Android Wellness App with the Ktor Framework. Part II: Android

How to Build an Android Wellness App with the Ktor Framework. Part I: Backend

How We Made an Air Alert Monitoring App With a Widget Feature on Android: Full Tutorial