You probably know what Apple’s Worldwide Developers Conference is. It’s an annual event where the tech giant announces its latest products for software engineers. What you didn't know, however, is that this year - for the first time ever - the conference will be held in the digital-only format. Yes, no one saw COVID-19 coming. Still, the event will grant developers and Apple fans exclusive access to the future versions of the Apple products, such as iOS, iPadOS®, macOS®, watchOS®, and tvOS®.

But you don’t have to wait till June to learn about the key functionality of iOS 14 😉. The early test version leak lets us take a glimpse of what to expect from the update.

In its upcoming update, iOS will presumably introduce a trackpad as a complement to Smart Keyboard and an alternative to the external mouse function.

On top of the standard tap-to-click, the rumored trackpad offers:

A new Apple fitness app is said to be under the hood. Users will have access to a library of downloadable fitness videos that will walk them through multiple workout types ranging from indoor running to rowing. The app will allow tracking user progress via Apple Watch and display it on iPhone, iPad, or Apple TV.

iMessage is said to be enhanced with a couple of updates:

An augmented reality application codenamed Goby will supposedly see the world during iOS 14. The application is said to enhance users’ offline shopping experience. Here’s what the functionality should look like:

The alleged sleep tracking feature of the next Apple Watch is said to be accommodated by the iPhone’s Health app. The update will allow users to set sleeping goals and will make recommendations on how to improve sleep.

It’s no secret that Apple regularly kicks off Shot on iPhone challenges, where users submit their pictures made by nothing but cameras on their iPhones, and the winners receive cash rewards. In iOS 14, Apple is planning to integrate these challenges into the Photos app, enabling contestants to send their pics and view the results directly in the app.

Following the criticism that Apple applications have an unfair advantage over their third-party counterparts, iOS 14 will enable users to set third-party email, browser, and music apps as default.

The updated PencilKit will allow iPhone owners to convert handwriting into standard typed text. This feature is said to function with any text input field in iOS.

For example, in order to send a message to someone, you’ll need to tap in the text input field, handwrite your message with Apple Pencil, have it converted into typewritten text, and send the message. Voila!

Several Apple HomeKit updates are also in the works. Here are two of them:

As our findings suggest, iOS 14 will introduce a new screen, enabling iPhone users to view all the installed apps in alphabetical order. Several sorting options are expected to be available. The feature will presumably allow users to set filters like “recently used apps” or “apps with unread notifications.”

Apple looks set to offer some accessibility updates for people with hearing problems. The system is likely to detect sirens, fire alarms, crying babies, and door knocks, converting them into haptic signals.

In the latest iOS version, wallpapers are classified into Stills, Dynamic, and Live. In iOS 14, we’ll see more detailed categorization like “Flowers,” “Earth & Moon,” and so on.

Because of the numerous imperfections found in iOS 13, Apple was expected to focus on improving performance and quality when working on iOS 14. However, our findings suggest that the tech giant has made a few steps further and there are tons of new features in the pipeline.
Nevertheless, this doesn’t necessarily mean that these functions will withstand all testing rounds and will eventually make it to the market. Keep this in mind when reading any iOS 14 rumors, and read our blog to stay updated as new announcements come up!

Boost your business with a slick mobile app! Reach us @ contact@perpet.io 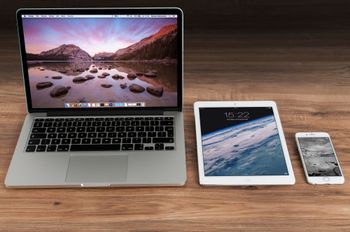